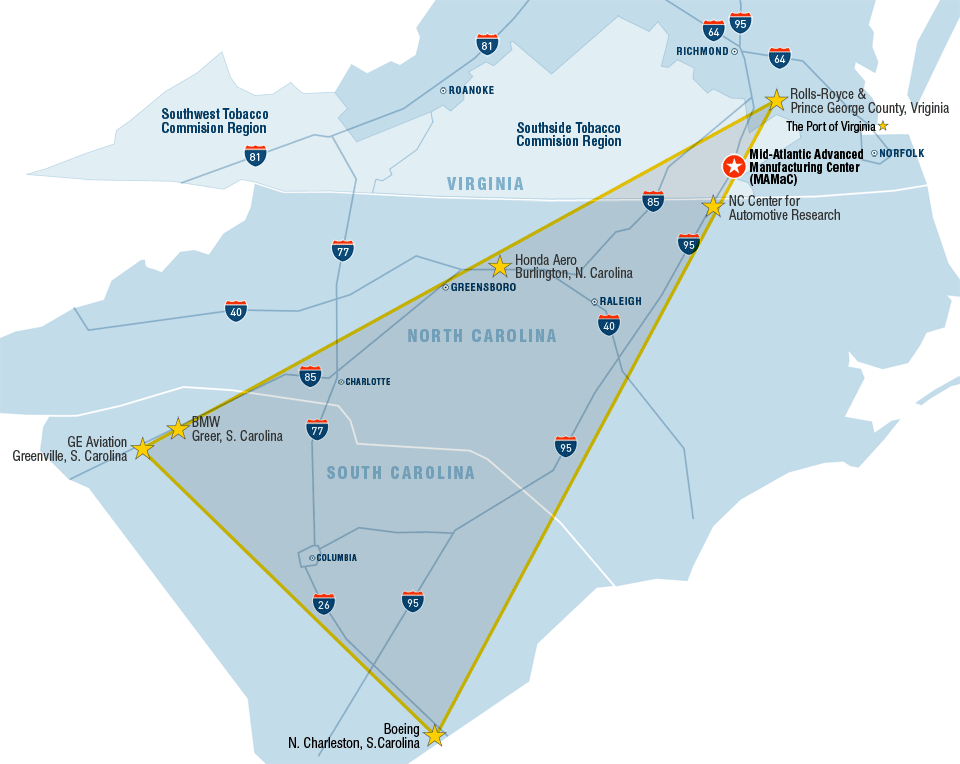 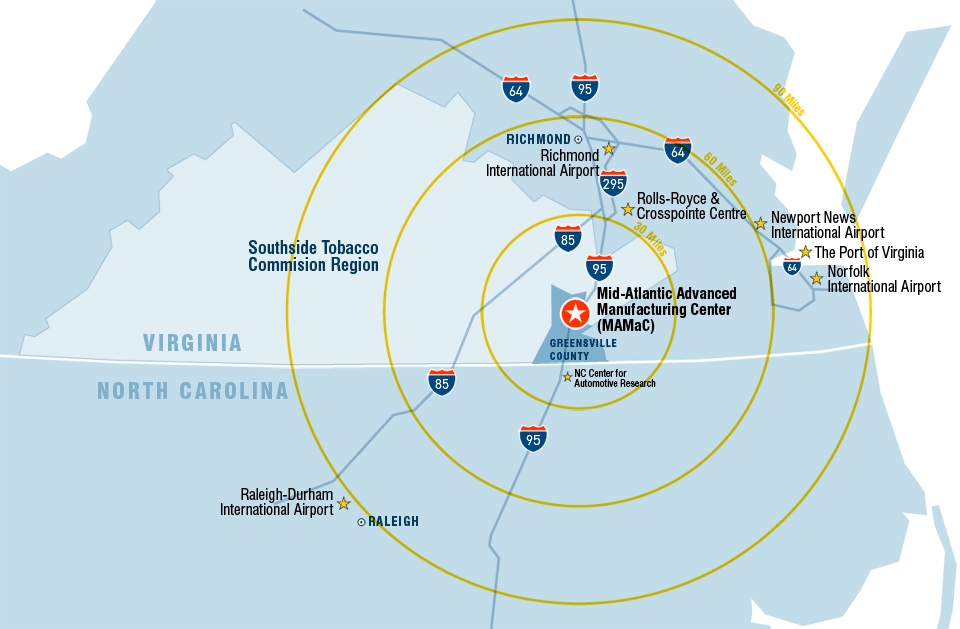 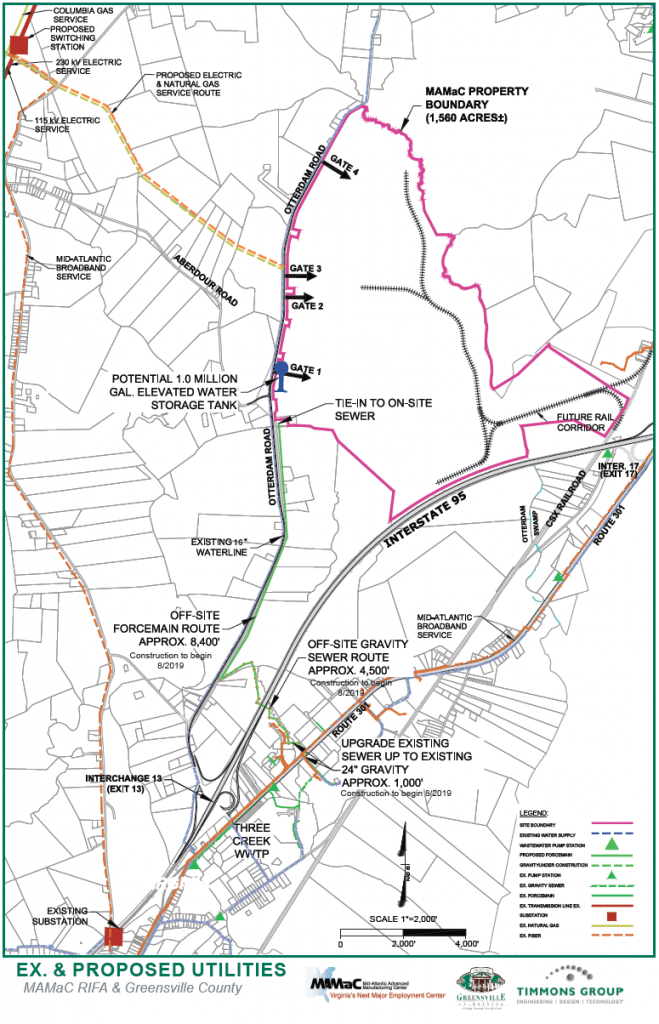 The Greensville County Water and Sewer Authority provide water services in partnership with the City of Emporia. MAMaC currently has a 16” water line located along Otterdam Road that will serve the site. Potable and raw water supply is available. With the water treatment plant upgrade expected to be completed in 2022, up to 6 mgd treated water will be available. The water availability is supported by a newly constructed raw water reservoir in Greensville County.

The Greensville County Water and Sewer Authority provides sewer services to the site. Construction of a 24″ sewer line for service to the site will be complete in the spring of 2020. Capacity is available today and will increase with the completion of wastewater treatment plant upgrades. Upgrades to the plant will take approximately 15 months and will provide 1.5 mgd sewer availability.

Electricity is provided by Mecklenburg Electric Cooperative (MEC). Time-of-Day Rates and Interruptible Rates are offered to industrial users. MEC can have 10 MW delivered to the site in 12 months or less.

Natural gas service is available through Columbia Gas of Virginia. TransCanada Natural Gas Pipeline is approximately 2 miles west of the site. An extension to MAMaC will be complete in 12 to 18 months.

MAMaC is a premier location for industry providing a superior transportation network and a central position in the Mid-Atlantic region of the United States. The site is within 90 miles of several major metropolitan areas and within a day’s drive of almost two-thirds of the nation’s population. An outstanding road network provides easy access to port and air services, allowing a gateway to national or international markets.

Located in the southeast’s “aerospace triangle,” MAMaC is near Rolls-Royce near Petersburg, VA; Honda Aero, Inc. in Burlington, NC; GE Aviation in Greenville, SC; and Boeing in North Charleston, SC. 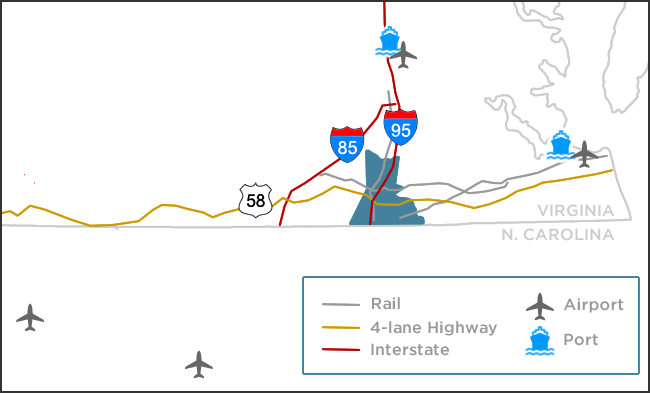 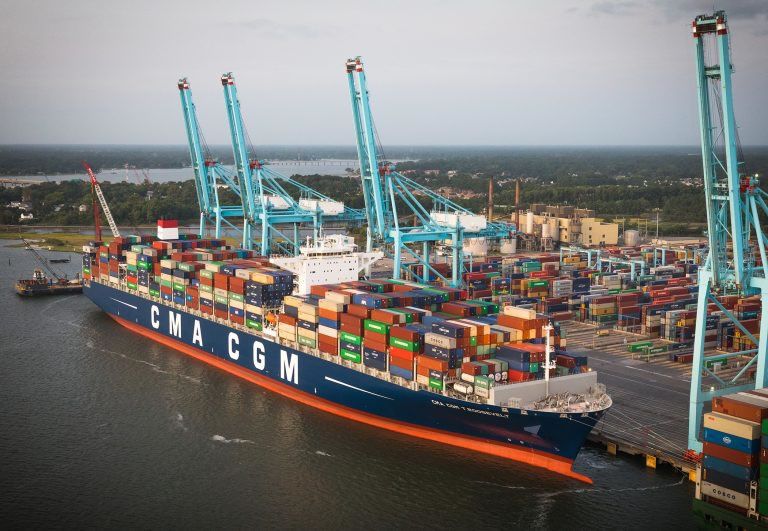 The Port of Virginia is about 75 miles east of MAMaC and easily accessible via road or rail. As the third largest container port on the U.S. East Coast, it offers the following advantages:

The Port of Richmond is multimodal freight and distribution center located about 60 miles north along interstate I-95. Features include: 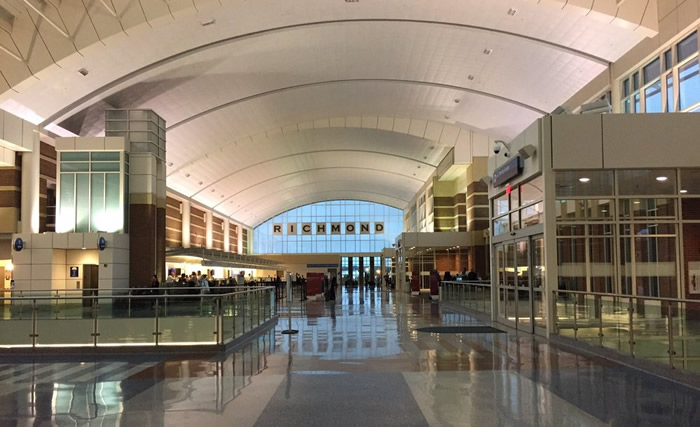 The Richmond International Airport is a short 60-minute drive away and provides both passenger and cargo services:

The Raleigh Durham International Airport is approximately a 90-minute drive away and provides both passenger and cargo services:

The Norfolk International Airport is approximately a 90-minute drive away and provides both passenger and cargo services:

MAMaC is a 1,600-acre flat greenfield site that is cleared and ready for development. All major environmental reports have been completed. Construction can begin within a matter of months.

The CSX Select Site designation indicates “green light” properties along the CSX network where projects can move forward rapidly because all known risk factors have been identified and potential issues resolved.

To receive the CSX Select Site designation, the sites – from 100 to 1,000 acres – must meet a rigorous list of key criteria, including infrastructure and utility availability, environmental reviews, appropriate zoning and entitlement, air quality permitting, rail serviceability, proximity to highways or interstates and other attributes.

MAMaC is the largest CSX certified site with interstate frontage and the only one in Virginia. 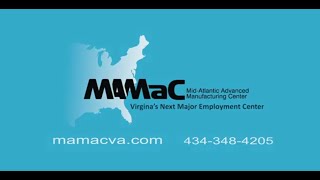 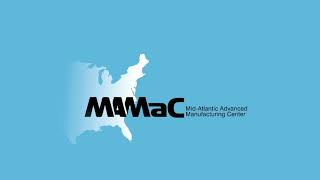